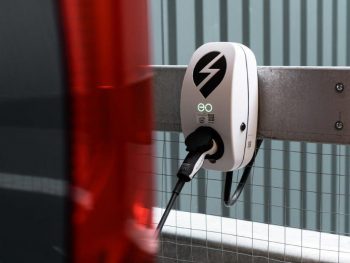 While the increase in the public charging infrastructure is not keeping progress with EV uptake, “much greater progress” is being made in business fleet infrastructure according to EO

The number of public EV charge points in the UK increased by just 26% or 4,270 charge points, over the past 12 months, compared to a 186% rise in sales of EVs in 2020, according to new analysis of government data.

The figures have been published by EO Charging, which says that the increase in the network is not enough to cope with such surging demand.

Charlie Jardine, CEO and founder at EO, said: “While the best scenario for EV drivers is to be able to charge at home or at work, this is not always possible. It’s vital that we develop an extensive and reliable public charging network both for private and business road users. Without it, we risk putting people off EVs when the ball is just starting to roll.”

Analysis of the new government data reveals significant disparities between the rate at which public charging infrastructure is being installed in different counties, and by different local authorities.

Wales has shown the biggest percentage increase in chargers in the past 12 months (41.3%), followed by the West Midlands (36.4%) and Yorkshire & the Humber (36.3%). At the other end of the scale Northern Ireland has just added 25 public charge-points over the past year, an 8.5% increase.

However, “much greater progress” is being made in business fleet infrastructure, according to EO. Although the government data only measures public charge points, EO – which is focused on business fleets rather than consumer vehicles – more than tripled its revenues in 2020, fuelled by some major contract wins with companies in the UK and overseas installing charging infrastructure to support their growing EV fleets. The business includes the likes of Sainsbury’s, Ocado and DHL as clients.

Jardine explained: “We’ve seen a surge in demand in recent months from businesses who are acting on the Government’s commitment to electric vehicles and growing sentiment from their customers, and are suddenly accelerating their plans to switch to electric.

“Large fleet owners are leading the way in installing EV infrastructure but while they are putting in place their own charge points at depots and employees’ homes, we still need a reliable public charging network – for both private users and business users. Company fleets across the UK will need on the go charging for vehicles travelling up and down the country so the acceleration of the growth of the public network is vital.”