Battery electric vehicles (BEVs) surged to take a 21% share of new business contract hire registrations in the third quarter of 2020, thanks to the Government’s 0% Benefit-in-Kind (BiK) tax incentives. 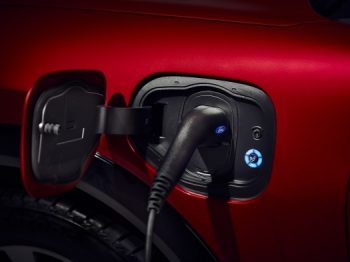 A total of 21% of new business contract hire car registrations were BEVs in Q3 2020, showing the company car sector is driving the transition to zero-emission motoring

BVRLAThe research comes from the BVRLA’s latest Quarterly Leasing Survey, which also reveals that BEVs are proving increasingly popular with private drivers, albeit on a much-smaller scale; they accounted for 4.8% of new personal contract hire registrations over the same period.

Overall, BEVs increased to take a 15% share of new lease car registrations in the third quarter of 2020 while the figure rises to 36% when plug-in and hybrid vehicles are included.

Looking at the BVRLA’s total car leasing fleet, nearly a fifth now relies on some form of powertrain electrification. Diesel’s share of the total lease car market in Q3 fell below 50% for the first time, while petrol held steady with a 34% share.

As a result of the increasing shift to electrified models, average CO2 emissions for BVRLA car leasing fleet new registrations fell from 107g/km to 105g/km in Q3-2020; a new low and around 8% lower than the national average.

“Quarter three of last year delivered the long-awaited surge in BEV registrations that we expected after the introduction of the zero-rate BiK incentive,” said BVRLA Chief Executive, Gerry Keaney. “A massive 21% of new business contract hire car registrations were BEVs, once again demonstrating that the company car sector is driving the transition to zero emission motoring.”

The latest BVRLA Leasing Outlook report also reveals that the car leasing market, excluding PCP and Motability vehicles, declined by 6% in Q3, with the biggest reduction seen in the business fleet, down 8.7% year-on-year. This decline was driven by an 11% fall in the business contract hire fleet compared to the same period of 2019. These fleet size declines were partially offset by an increase in the consumer leasing fleet, which was up +4% year-on-year.

The LCV lease fleet continued to increase in Q3, albeit at a slower rate of +1.1% year-on-year, following two consecutive quarters of a +2.1% growth.

Previous: Lidl on track to install 350 rapid chargers by 2022
Next: EV charging network not growing fast enough to meet demand