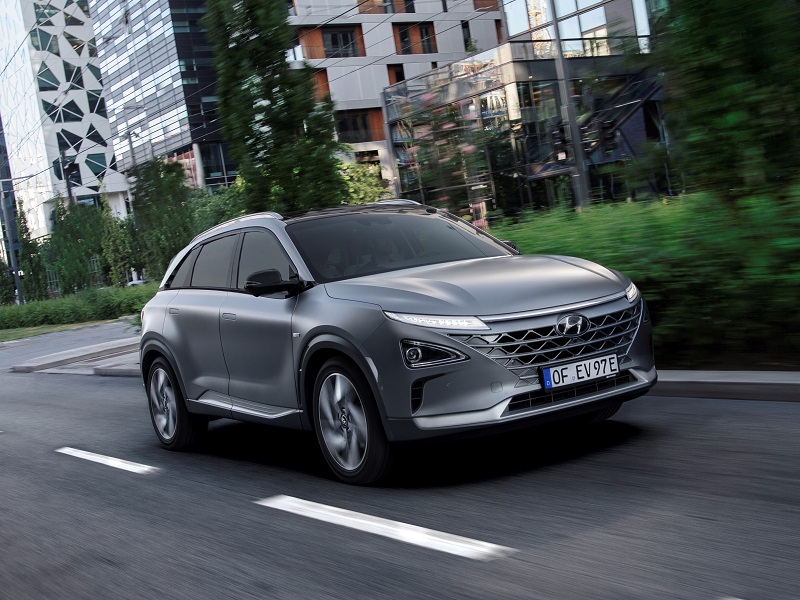 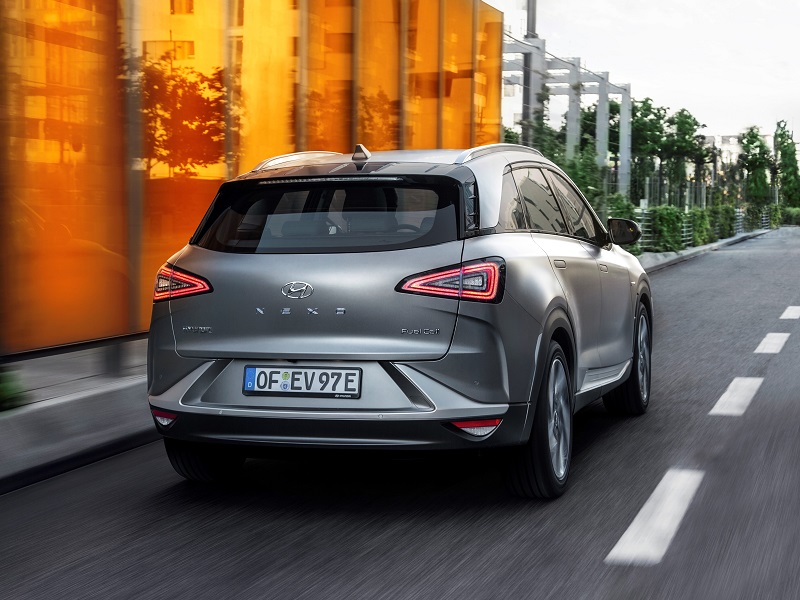 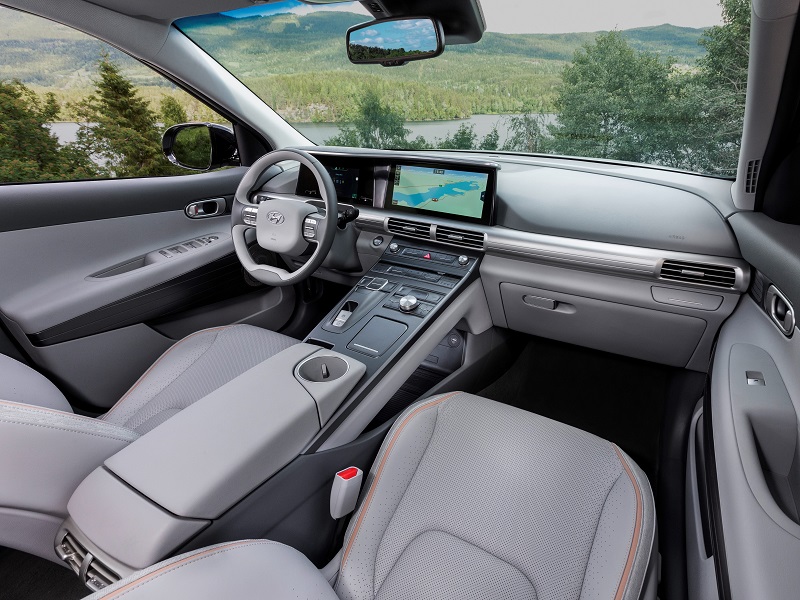 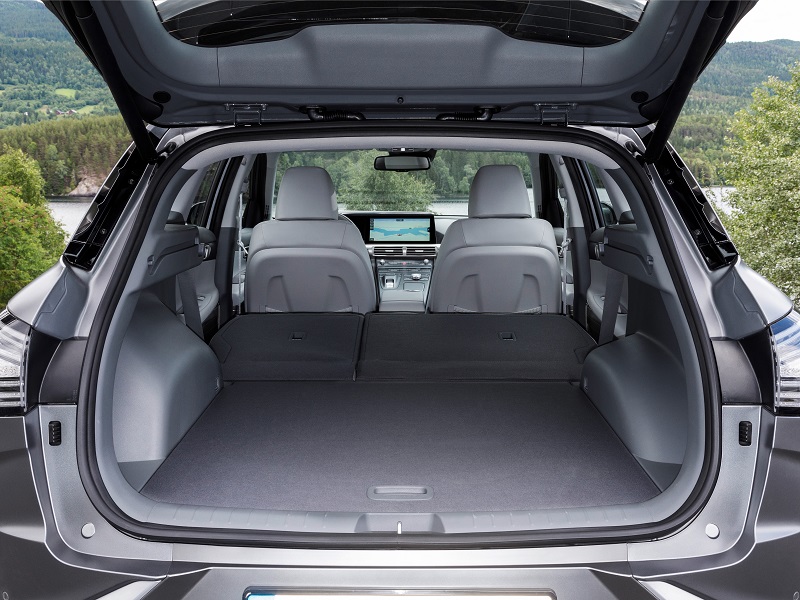 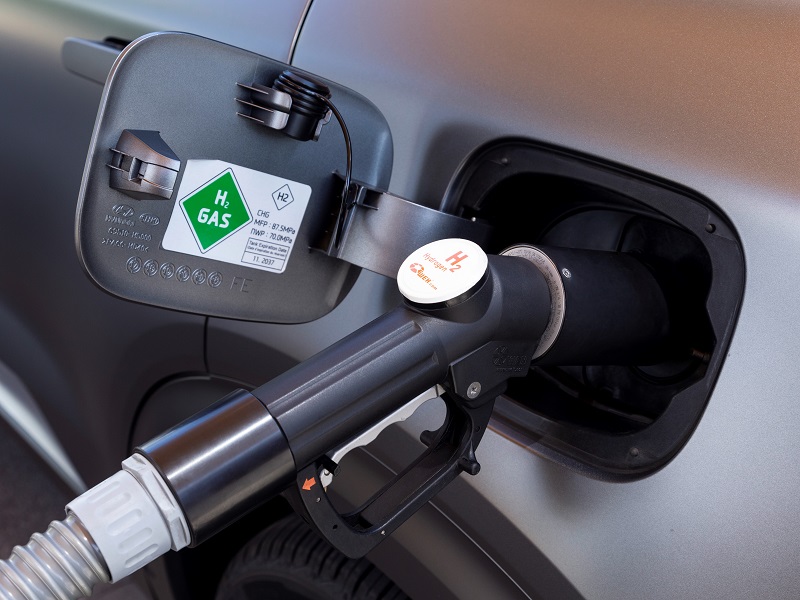 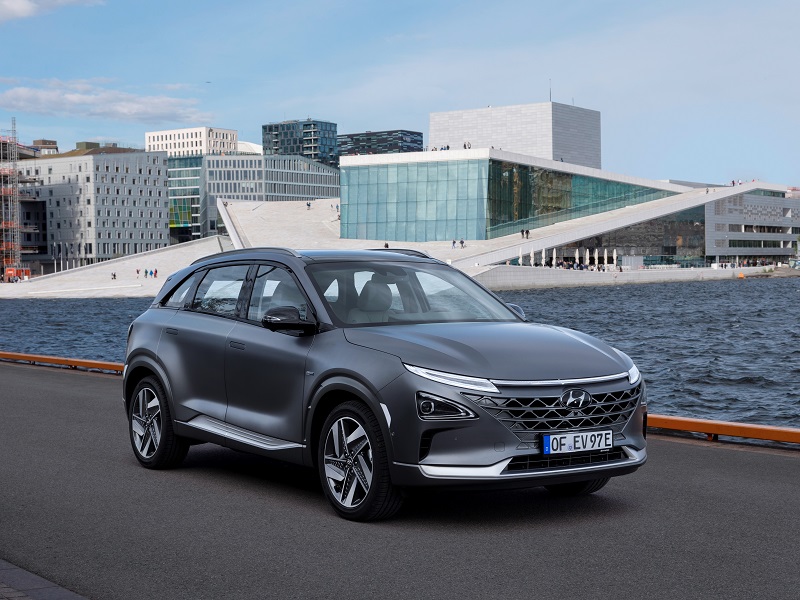 Although the Kona Electric shows Hyundai is far from complacent when it comes to electric vehicles, it sees battery power as a stepping stone; a component, rather of replacing fossil fuels rather than the only solution. Its longer-term goal is hydrogen fuel cells, claimed to bypass some of the materials-sourcing issues of building batteries, while offering a more familiar experience for end-users.

Hydrogen is the golden goose for manufacturers; a technology which enables cars to make electricity themselves, cover hundreds of miles of range with only water coming out of the tailpipe, and stop for a few minutes to regain that range. The Nexo is another step towards making it mainstream, with cost-parity with diesel expected as soon as 2025.

These are not new ambitions. Hyundai launched its first series-produced ix35 Fuel Cell in 2014, and it claims to have a 70% share of Europe’s FCEV market – most of those will be on fleets, too. Volumes were small, but don’t underestimate its importance. Pioneering FCEV drivers have generated real-world experience that’s underpinning the development process, and created demand for fuelling stations too.

This time it’s a standalone model. Where the ix35 had been based on a conventional SUV, one also close to the end of its production run in 2014, the Nexo came from a blank sheet. It’s on a bespoke platform, and uses a smaller, lighter fuel cell stack, with more efficient packaging of the tanks than its predecessor. This also means there will be a right-hand drive version when the first cars arrive early next year.

To put it in context, it’s taken a step up in size, now similar overall to an Audi Q5. And not just to cash in on seemingly unending demand for soft-roaders, but because there’s a packaging advantage for doing so. It seats five adults, unlike the Toyota Mirai, with boot capacity similar to the Tucson, accessed via a powered tailgate and extended over a flat-folding rear bench. Retractable door handles aside, it could be a version of the Santa Fe.

This is also true inside. The seats are trimmed in ‘vegan leather’, and eco fibres derived from cane sugar are used on the headliner and floor mats, but there are few quirks to adjust to. And, although the over-buttoned dashboard looks a bit like a Nineties hi-fi system, most of the controls are logically grouped and easier to find than some touchscreen-operated setups. Menus can be navigated using a rotary dial, and it’s Android Auto and Apple CarPlay compatible too.

It covers what is quite an extraordinary process underneath. The Nexo feels like a large electric SUV, with barely any wind or road noise and the usual gearless, silent acceleration you’d expect from a plug-in. But what’s happening is very different. Fuel cell vehicles essentially perform a reversal of electrolysis; combining oxygen from the air with compressed hydrogen from the car, to produce electricity and water. This is actually filtering 99.9% of fine dust out of the air as it drives, at twice the rate diesel cars produce it. And it’ll tell you how much it’s removed as you drive.

The challenge, of course, is this is still a market at the ‘early adopter’ phase. Unlike EVs, fuel cell vehicles rely on dedicated refuelling infrastructure that’s still sparse in the UK, and there are still questions around making hydrogen greener to produce – though this is happening. But the Nexo opens fuel cells up to an even broader set of end-users than the ix35, and it’s an important next step towards hydrogen becoming a part of the fuel mix.

The Nexo won’t be as common a sight as the brilliant Kona Electric, but it’s an equally important newcomer. A luxurious SUV that feels so normal you could almost forget what’s going on underneath.