The Government is missing an opportunity to drive uptake of ultra-low emission vehicles by not addressing the needs of fleets with a joined-up strategy of incentives, industry stakeholders have warned. 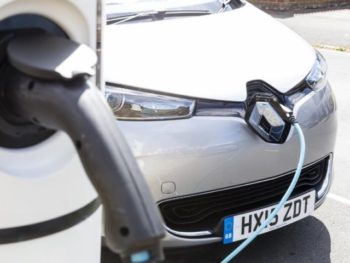 ULEVs don’t always offer a cost-saving for fleets, which is slowing uptake.

Following last week’s announcement that BVRLA members would pledge to increase their combined ULEV fleet from 50,000 to 720,000 between 2018 and 2025, aiming to get reciprocal support from Government to achieve it, others have warned that not enough is being done to support businesses looking to move away from conventional technologies.

Speaking to Fleet World, ACFO said operators face significant barriers when making the switch to plug-ins. These include company car tax bands which rise to 16% in 2019/20, then fall to 2% the following tax year and have no clarity beyond that point, and P11d pricing which does not reflect the Plug-in Car Grant – a move which would make them more cost-effective for drivers. ACFO also sees a lack of advisory fuel rates (AFRs) for ULEVs as a challenge, as a flat rate with petrol vehicles disincentivises proper plug-in hybrid usage and adds an administrative burden for operators. The organisation launched a petition for specific AFRs for plug-ins in April.

Its chairman, John Pryor, is calling for a round table with fleets and Government to address the issues: “Government strategy in relation to plug-in vehicles – and more broadly ultra-low emission vehicles – is simply not joined up. Fleets, as ACFO has said on numerous occasions, want to operate the cleanest, most efficient cars that are fit-for-purpose, including promoting the use of plug-in vehicles to employees, but government policy is hampering that transition on many levels. A wholesale review of existing strategy is required.”

They’re views echoed by leasing companies. Craig Grant, head of account management at Alphabet, said decision-makers in all sizes of fleet were interested in utilising more electrified vehicles, but that the cost savings don’t always add up. “Over the past few years business has led the charge on EV and hybrid take-up,” he said. “By listening to industry on these sensible, practical and joined-up measures this would demonstrate that the Government is not only listening but also put into place tangible measures to achieve its stated long-term ambitions for electric vehicles.”

Inadequate incentives for plug-in vehicles, at a time when Government is disincentivising diesel engines, is a core concern of Fleet World’s campaign to Save the Company Car, which launched last week. Among its calls to action, the campaign says it is essential that the low tax bands for ULEVs are introduced earlier than April 2020, and that advisory fuel rates for electrified vehicles are required today. To find out more about the campaign, click here.