Fleet interest in EVs fast-rising but awareness low of % BiK

Fleet take-up of electric vehicle is fast-accelerating but awareness of the 0% Benefit-in-Kind on EVs is worryingly low. 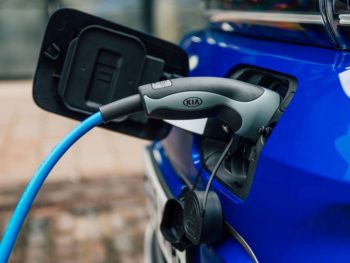 While a third of fleet managers intend to electrify at least half of their UK fleet by 2025, a similar number are not aware of the 0% BiK on fully electric vehicles

New research from the Go Ultra Low joint government and industry initiative has found a third of the UK’s fleet managers expect more than 50% of their fleets to be electric within five years.

But while more than half (53%) of the 500 managers questioned predicted an uptake in demand for electric company cars within their organisation due to the new BiK ratings, nearly a third of respondents (32%) were not aware that BiK tax liability for fully electric company car drivers fell to 0% on 6 April 2020 and will only rise to 1% for the 2021-22 tax year.

With the fleet sector having accounted for 53.3% of last year’s 2.3 million new car registrations, the industry is seen as playing a major role in driving EV demand, in line with government plans to stop diesel and petrol new car sales from 2035 or earlier.

And research published earlier this year by DriveElectric has revealed that the 0% BiK on EVs could see 80% of opt-out drivers return to company cars.

But the Go Ultra Low analysis, commissioned in partnership with the Energy Saving Trust, shows how more industry work is needed on highlighting the new BiK ratings.

Tim Anderson, group head of transport at Energy Saving Trust, said: “As an industry, as we continue to navigate the impact of the Covid-19 outbreak, there has never been a more imperative time to support the drive to mass EV adoption – one that will be both financially and socially advantageous for companies. When it comes to recognising the role and value of EVs, fleets are ahead of the curve. The lower Benefit-in-Kind rates will enable company car drivers to enjoy very low tax rates and accelerate the transition to clean transport. Yet, there remains further efforts to be made.”

The survey also revealed the top three barriers to EV take-up, including the increased purchase price of electric vehicles (47%) and their limited range (51%), as well as a lack of charge points (56%). In fact, 40% of respondents had no charging provision at work so were reliant entirely on public infrastructure. The findings echo research published yesterday (19 May) by Regit.cars, which has said more work must be done to demystify EVs.

Poppy Welch, head of Go Ultra Low, said: “The UK now has more than 31,000 public charge point connectors, and an additional 500 charge points are installed each month, but we still hear from businesses that charging infrastructure remains an area of frustration. Fleet depots and rental branches, for example, often need to negotiate complex terms with landlords, electrical consultants and energy providers to install their own charge points.”

Go Ultra Low is carrying out its own work to further drive awareness of EVs through a series of fleet-specific initiatives with the help of the Energy Saving Trust. These will provide companies with the information and advice they need to make the transition to electric as seamless and cost-effective as possible.

Initiatives this year have included fleet sustainability workshops across the UK and a bespoke webinar series that discusses items from BiK to incentives such as the Workplace Charging Scheme, supporting business, charities and public sector organisations with a financial contribution to the purchase and installation of charge points. This summer, Go Ultra Low and the Energy Saving Trust will also launch a digital Fleet Solutions Pack, helping companies make the switch.