Businesses deploying plug-in hybrids without assessing their suitability for fleet operation could be in for a nasty surprise on running costs. 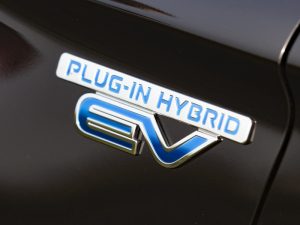 That’s according to TMC, which has published CO2 and fuel economy figures for third-party PHEVs run using its Mileage Capture and Audit system, which shows that when PHEVs aren’t deployed correctly, they can be the most polluting vehicles on the fleet.

The firm analysed seven PHEV models and found the vehicles in the sample achieved an average of almost 45mpg compared to their advertised average consumption of 130mpg. This equates to average real-world CO2 emissions of 168g/km – compared to 55g/km from the cars’ advertised emissions and an average of 159g/km seen for diesels in a TMC analysis earlier this year.

In contrast, TMC analysis of standard non-plug-in hybrids found their real-world fuel economy tended to be closer to advertised performance.

Earlier this year, ACFO warned that fleets are not using PHEVs properly as it highlighted that the fleet industry is “awash with stories of company car drivers choosing plug-in hybrid vehicles in pursuit of lower BiK tax bills, but not reaping fuel economy savings”. The association – which has repeatedly called on HMRC to publish Advisory Fuel Rates for plug-in cars – added that fleets were incurring early termination charges by returning such vehicles to leasing firms ahead of the end of the contract.

Meanwhile TMC has warned that its data shows how PHEVs would attract the top rate of company car tax in three years’ time if they were assessed on their real emissions instead of on laboratory test results.

The firm also warned fleets to do the maths before deploying PHEVs – this includes ensuring adequate charging facilities at work.

Managing director Paul Hollick said: “Deploying PHEVs is not at all a straightforward decision for fleets. Managers need to allow for the fact that their fuel cost per mile can increase substantially on longer journeys. PHEVs can be a cost-effective choice where drivers cover only moderate mileages; but only if the cars’ batteries are recharged daily. On the evidence of our sample, one has to question whether some PHEVs ever see a charging cable. In a lot of cases, we see PHEVs never being charged, doing longer drives and this is not a good fit for a lot of business car users. A robust PHEV deployment policy is essential.”