The future Government is being urged to provide much-needed certainty on forthcoming company car tax rates to ensure fleets and drivers can plan ahead while also playing their role in long-term carbon emissions reductions targets. 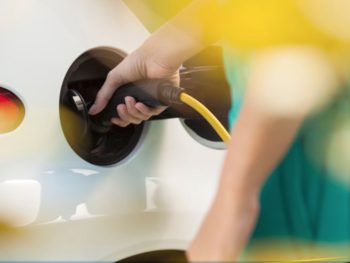 That’s the view of a number of fleet associations and organisations after the changes announced last summer to company car tax from 2020/21 – including the 0% rate for EVs – were effectively put on hold when the Autumn Budget was shelved for the election campaigns.

Revealed in July, the changes to company car tax were the long-awaited results of the WLTP review, which was announced in the October 2018 Budget and explored the impact that the new emissions testing cycle will have on company car tax and vehicle excise duty (VED) when it is implemented for tax purposes from April 2020.

The results of the review included a freeze on company car tax at the 2020/21 rates for those drivers with vehicles registered before 6 April 2020 and the introduction of a zero Benefit-in-Kind rate for fully electric cars.

With WLTP expected to increase most cars’ reported CO2 figures by 10-20%, the announcement was greeted by some in the industry as bringing a welcome boost to the company car market, benefiting just under a million drivers and showing the Government had not intended to pocket all of the extra tax take from CCT and VED due to WLTP.

However, the changes are now up in the air as they still require progression to a Finance Bill after the country went to the polls, putting a further cloud over fleets at a time when uncertainty is already taking its toll.

It’s widely believed that any future government will not change the existing plans; the main political parties made little reference to company car tax in their manifestos, with just the Lib Dems having said they want to accelerate the rapid take-up of electric vehicles by reforming vehicle taxation. And it’s extremely likely that more prominent issues such as Brexit will take priority.

Nonetheless, the fleet industry has urged the future Government to signpost its plans and take urgent action on advancing the new rates once in power.

David Bushnell, principal consultant, Alphabet (GB), said: “It’s critical in these uncertain times to provide company car drivers and fleet decision-makers with some certainty that the long-awaited rates published in July will be enacted into legislation.

“There’s a general election this week but the broad feeling within the industry is that the major parties are unlikely to make significant changes to company car tax, as any new Government will have other, more immediate budget priorities coming into office. Of course, until we know the full results of the election this week, there will continue to be some uncertainty for drivers and fleets while the proposed tax rates through to April 2023 remain unconfirmed in law.”

ACFO chairman Caroline Sandall has also urged for the new rates to be enacted quickly, saying: “ACFO would hope that at the very least company car Benefit-in-Kind tax rates from 2020/21 to 2022/23 will be adopted in legislation immediately after the forthcoming general election.”

Sandall also urged for confirmation of further rates going forwards, explaining: “Additionally, given the shelving of the autumn Budget and the close proximity of the new tax year, ACFO would hope that the Chancellor will announce company car Benefit-in-Kind tax rates for 2023/24 and 2024/25 in a winter Budget to enable long-term fleet manager and company car driver planning.”

However, she added that ACFO stood by its comments made when the new rates were announced, including that the changes announced were not sweeping enough and that, far from the implementation of WLTP testing being tax neutral, as the Government initially indicated, it is likely to result in the company car remaining a ‘cash cow’.

Meanwhile, the ICFM has said that the election means the future Government has an opportunity now to build on the previously announced rates to help drive EV take-up.

Chairman Paul Hollick said: “What the newly elected Government should immediately do is to declare for 100% electric vehicles, at the very least, a five-year 0% Benefit-in-Kind tax rate and, over a similar period of time, a £0 Vehicle Excise Duty rate for cars with CO2 emissions up to and including 50g/km; and bring capital allowances for contract hire and leasing companies on plug-in vehicles into line with those for outright purchase fleets.”

Hollick added: “That would at least provide a five-year window of taxation certainty to enable fleet decision-makers and drivers to plan without fear of any policy short-termism.”

The ICFM also warned that the new Government should take action to stop the migration of employees out of company cars, as identified by HMRC data going back over many years and due to short-sighted Benefit-in-kind tax strategies.

Hollick explained: “Company cars are the ‘greenest’ on the road and evidence suggests that when opting out of the ‘benefit’ employees fund a car that has higher CO2 emissions than the company-provided vehicle they gave up. A future Government must reverse that trend.”

ACFO’s Caroline Sandall also agreed that a rethink is needed on company car taxation, as well as overall motoring taxation, as highlighted by comments by the Institute for Fiscal Studies (IFS) this autumn that an immediate switch to road pricing is needed to counter a £28bn fall in fuel duties from the switch to EVs.

Sandall concluded: “The future of motoring taxation as a whole needs to be discussed. Being based, as it is now on vehicle carbon dioxide emissions – company car Benefit-in-Kind tax, Vehicle Excise Duty and capital allowances – means that it is has no future in a zero-emission electric vehicle world.”