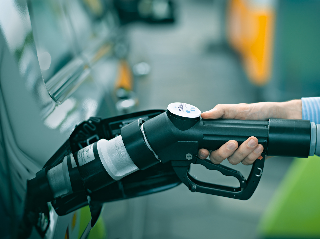 But collaboration is needed to share the early-market risks, he believes: “Hydrogen could offer an enormous prize for us all, but for it to succeed the vehicle manufacturers and fuel suppliers need to work together with the hydrogen suppliers. We need to produce more hydrogen cars and supply infrastructure to make hydrogen an attractive option for customers, but crucially it also needs industry and government collaboration.

Shell already has a joint venture with gas suppliers, energy companies and vehicle manufacturers in Germany, with seven stations set to be in place during early 2016. Further infrastructure in the USA and across Western Europe are planned.

“It will not happen unless someone takes a lead,” he said. “The reality of low carbon transport is that it requires long-term commitment, such as fuel duty exemption to overcome the economic and infrastructure challenges. It will take decades to move to zero emissions, and this transition must be recognised in fiscal and policy frameworks and collaboration for low-carbon transport.”

Previous: Learning to Drive: On the road with Tesla Autopilot
Next: Electric Highway tariffs will still undercut petrol or diesel, says Ecotricity