Hyundai has begun taking pre-orders for the Kona Electric in South Korea, hinting at a model range which is likely to be echoed when it launches in Europe this summer. 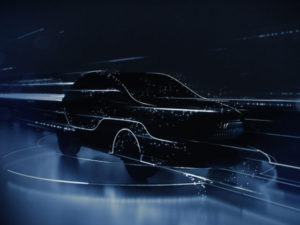 Power is supplied by a 201bhp (150kW) electric motor, offering more performance than the Hyundai Ioniq Electric’s 118bhp motor, and is likely a similar unit to that used in the latest Hyundai Nexo fuel cell vehicle. This should offer performance similar to the Chevrolet Bolt (coming to left-hand drive markets as the Opel Ampera-e), which has the same power output.

Two trims are available in South Korea – Modern and Premium – both offered with the long and short-range battery options. Pricing in South Korea equates to roughly £28-£32,000, though when it arrives on sale in the UK this might be reduced further with the Government’s Plug-in Car Grant.

Kona Electric will be equipped with electronic gear buttons, a feature of Hyundai Motor’s electric cars, and incorporates a 7-inch colour TFT-LCD cluster to create a differentiated interior design from the non-electric Kona. European specifications, and the exterior design, will be revealed online at the end of February.