Jeep‘s new Wrangler will include plug-in hybrid power, the American company has confirmed. 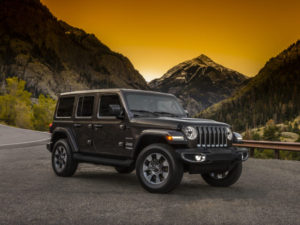 Following the company’s concept showing of the plug-in hybrid Jeep Yuntu at the Shanghai Auto Show in April 2017, the company has at last confirmed it will reach serial production after Jeep’s head of brand, Mike Manley, said: “A full plug-in electric Jeep Wrangler will be available in 2020”.

As yet, details remain scant but the confirmation was, at least, there from the proverbial horse’s mouth.

Furthermore, the new 2018 model will have a mild-hybrid system from the outset, using an all-new eTorque system that the company says improves fuel economy, performance, and driver comfort.

Its functions include auto stop/start, electric power assist, extended fuel shut-off, transmission shift management, intelligent battery charging and regenerative braking. Both the engine and fuel flow may be turned off during stops, coasting or when the engine is decelerating, the company added.