JLR buyers look to an EV future after sales drop

Jaguar Land Rover is eyeing growth opportunities with plug-in hybrid and electric vehicles, following a 13.2% decline in global sales in Q3, blamed on falling diesel demand and uncertainty on Brexit. 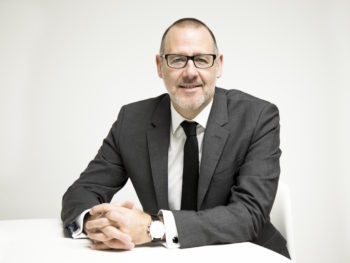 Speaking to Fleet World, new UK managing director, Rawdon Glover, said: “Range Rover and Range Rover Sport PHEVs are a big opportunity for us, 40% of our Range Rover orders are PHEV now, that certainly demonstrates that people are interested in a plug-in hybrid of that scale. Range Rover Sport is a bit less at 20%, but it’s still pretty healthy and that’s the last of our vehicles to get WLTP certification.”

Glover also said Jaguar’s all-electric i-Pace is proving to be the perfect full-electric go-to market proposition, with the first cars delivered and 300,000 people visiting the website, making a quarter of a million configurations.

Add to this an order bank that he admits stretches back “almost too far” — at six months. Plus a fleet tie-up with Heathrow Airport and the WeKnowGroup, which has led Rawden to think that fleet sales of I-Pace should be bespoke and targeted — something he said they will go after strongly.

“In September alone we had 1,000 people ask for a test drive. So, in terms of clear expressions of interest, it’s very strong, so I want more – I want to take on more I-Pace volume.”

Despite falling diesel and the rise in EV sales taking their place, Rawden believes there’s still a place for heavy fuel. “Long, long term, at Jaguar Land Rover, we see electrification as the future. Certainly in the medium term, we see diesel still having its place in our line-up for the journey towards zero emissions.”

Previous: Kia and Hyundai to introduce solar-charging tech for EVs and hybrids
Next: City of London to get first ULEV-only zone