Labour has unveiled wide-ranging plans that would see it incentivise fleets and private car drivers to turn to electric cars quicker, while also expanding the charging network, to “jump-start the electric car revolution”. 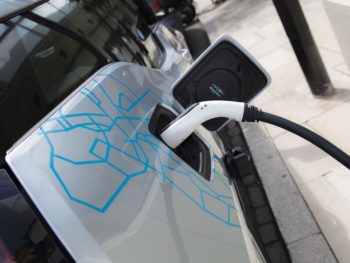 If elected, Labour would call on all business car fleets to go 100% electric by 2025

Announced by Shadow Business Secretary Rebecca Long Bailey at the Labour Party Conference this week, the plans would see Labour, if elected as the next government, launch a scrappage scheme with funding to replace 400,000 older petrols and diesels with EVs by offering buyers around £2k off the purchase of a new EV.

Fleets are not being left out of the plans and a Labour government would also call on all business car fleets to go 100% electric by 2025. To support them in the transition, Labour would introduce a range of incentives, including a two-year removal of the £320 VED surcharge for EVs costing above £40,000.

The party would also commit to making the entire government car fleet electric by 2025; significantly advancing the Conservatives’ current aim for 25% of the government fleet to be electric by 2022, as outlined in last year’s Road to Zero Strategy.

And Labour has also set out plans to invest £3.6bn into a “mammoth expansion of the UK’s electric vehicle charging networks” that would provide enough electric charge points for 21.5 million electric cars – 65% of the UK’s fleet – by 2030. This would double the number of electric cars that the Conservatives are planning for by 2030.

Electricity will be generated from renewable sources and distributed by Labour’s publicly owned grid and newly created National and Regional Energy Agencies, which would also oversee the roll-out of the EV charging networks and create up to 3,000 new jobs for electricians and network engineers.

Rebecca Long Bailey said: “Labour is ready to jumpstart an electric car revolution. We will roll out electric vehicle charging infrastructure to every city, town and village, and along our motorways.

“Under Labour, nobody buying an electric car needs to worry about running out of fuel.”

The proposals were welcomed by the BVRLA, who said it was particularly pleased to see the important role of fleets being acknowledged.

Chief executive Gerry Keaney commented: “It is reassuring to see fleets being acknowledged in this announcement as it indicates a degree of understanding and appreciation of the key role that fleets play in delivering the UK’s zero emission goals.

“We welcome the proposed removal of the £320 surcharge for EVs, which was one of our recent pre-Budget calls to the Chancellor, but this on its own will not be enough for fleets to meet this 2025 target.

“We need to remove some of the uncertainties that are currently stifling progress. The fleet sector needs some long-term clarity on future company car tax rates for electric vehicles. We would also like to see continued support for the Plug-in Car Grant to at least 2025.

“BVRLA members are currently responsible for around 35% of the UK’s plug-in electric vehicles, but this figure can be far greater with the right incentives and support for fleets.”