Local authorities in Scotland gear up to support EV uptake 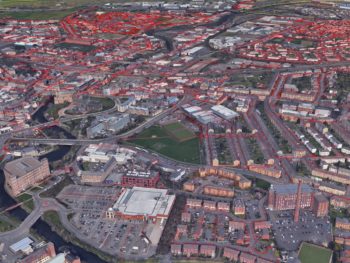 Funded by Transport Scotland, the Switched on Towns and Cities feasibility study programme is now in its second year and supports the Scottish Government’s ambitions to create 20 electric towns and cities by 2025.

A total of 11 Scottish local authorities are participating in round two of programme, which will run across 2019/2020 and help them develop strategies to help with the transition to a low-carbon economy.

Each local study will provide a report that includes detailed insights and information on a range of topics. These will include plug-in vehicle forecasts and recommendations for publicly accessible charge points, designed for varied user groups.

Additionally, the studies will highlight complementary measures for incentivising and enabling people to participate in low-carbon transport options.

Cabinet Secretary for Transport, Infrastructure and Connectivity Michael Matheson said: “This is an important step in our ambitious Switched on Towns and Cities Challenge Fund. The feasibility studies will inform and help facilitate intensified actions to increase the uptake of plug-in electric vehicles in Scotland’s towns and cities.

“In partnership with Energy Saving Trust, the fund is an important part of our overall package of support for local authorities, business and individuals to make the switch – and it directly supports our objective of phasing out the need for new petrol or diesel cars and vans by 2032.”

The full list of successful applicants for the second round of the Switched on Towns and Cities feasibility study programme are: