Introducing a ‘15% electric vehicle quota’ for carmakers would enable an earlier phase-out of petrol and diesel cars and benefit air quality. 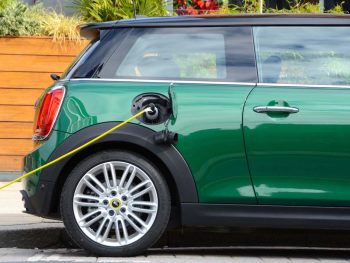 So says charity Global Action Plan as it urges the UK government to use post-Brexit UK car regulations to mandate that at least 15% of all carmaker sales are zero-emission vehicles over the coming decade.

Published on the back of the recent public consultation on whether the original phase-out date of 2040 for internal combustion engine (ICE) vehicles could be brought forwards to 2035, or even 2032, the research claims the public want government action and are ready “for more affordable cars that do not create emissions”; its polling has found 90% think it should be a priority for the UK’s central and local government to regulate car companies to force them to sell such cars.

Rather than using the current EU emissions targets, expected to be carried over post-Brexit transition period, the research says that quotas would help drive EV developments and enable longer-term targets on the switch to EVs to be met; currently less than 1% (under 100,000) of the 32 million cars on the road in the UK are fully electric.

And the charity, which runs the Clean Air Day initiative, believes second cars are the key to this. Its research suggests that millions of second-car owners could be fully electric without causing any hinderance to lifestyle. The majority (59%) of two-car families have off-road parking for easy charging, never drive the second car more than 50 miles in a day and have another car for all longer trips.

If this 59% of second-car owners converted to electric, there would be approximately 5.7 million more electric cars on the road.

The research, carried out among 1,000+ parents with 2+cars in the UK, also found 69% dislike causing air pollution as they drive and wish for manufacturer-led technology to stop exhaust emissions from all cars.

Chris Large, co-CEO, Global Action Plan, said: “The car industry often cites the long family holiday and availability of public charge points as a major reason that drivers won’t go electric. But the facts are that for one in six cars on the road – the “second” car in 5.7m households – these are not problems and electric cars are the perfect vehicle.

“If the car industry had spent the last decade producing Nissan Leaf-type cars, instead of spending billions on marketing SUVs, we would be doing far better than the current level of one in 99 cars on the road being fully electric. The Government must not allow this corporate failure to persist and must regulate the market. The car companies that made $600bn profit from selling diesel and petrol cars in the last decade, must be made to focus on mass-producing zero-emission vehicles in this decade.”

Previous: London takes the next STEP in bringing EV charging for the masses
Next: Toyota Mirai supports Haskel work on hydrogen refuelling station for small fleets