More should be done to spark EV revolution, says AA

Further work needs to be done to support electric vehicle uptake, including scrapping VAT on new EVs and constructing “numerous” gigafactories, according to the AA. 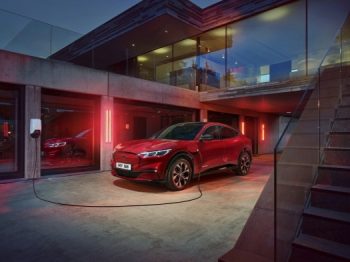 The AA says there is clearly a desire from drivers to own electric vehicles, and more support is needed from the Government

Its latest research shows clear driver demand for EVs. By 2030 – when sales of new petrol and diesel cars/vans will end – electric cars will form around a fifth of all cars on the road under current driver expectations. And while petrol vehicles are expected to still be the most common fuel type by this date, drivers think they will only account for 30% of cars.

Drivers also predict a boom in hybrid technology, as well as alternative fuels, such as hydrogen and bio-diesel.

The AA said the research reinforces the announcements made by both Jaguar Land Rover and Ford this week on going electric, which will enable them to fulfil the oncoming demand.

Edmund King, AA president, continued: “Over the next nine years, electric cars could supercharge the way we drive. There is clearly a desire from drivers to own them. EVs will play a significant role in the future.

“Everything is working in favour of electric cars. The range of a single charge in constantly improving, the purchase and leasing prices are becoming more affordable, more models and styles are reaching the market and investments in charge points are being made.”

But King said more work needs to be done, including scrapping VAT on electric cars. Research published by the AA a year ago found three-fifths (61%) of more than 17,500 AA members said scrapping the sales tax on the purchase price of an EV would be an ‘influential’ step in persuading drivers to move away from traditional combustion engines.

And more than a quarter (28%) of low-income households said removing VAT from the purchase price would be ‘very influential’ in helping them switch to fully electric cars.

King also called for more gigafactories, following the news this week that an EV battery plant could open at Coventry Airport by 2025.

And he. highlighted the positive knock-on effects of increased EV take-up.

“Electric vehicle technology has the ability to unlock much more than greener motoring; providing the chance to create new jobs and opportunities.”