Charging stations will outnumber petrol stations by the summer of 2020, supporting increasing uptake of electric cars in the interim, according to analysis from Nissan. 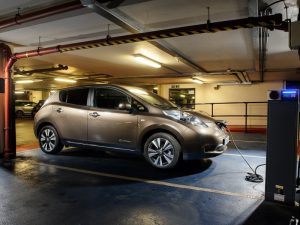 Nissan expects the UK’s charging network to double by the end of the decade.

The company expects public electric vehicle charging locations to reach 7,900 units by August 2020, almost twice the 4,100 which are predicted to be installed by the end of this year.

That growth contrasts the massive decline of fuel stations; by the end of of 2015, there were 8,472 operational in the UK, compared to 37,539 in 1970. Nissan is predicting this will fall to 7,870 sites by August 2020, assuming a steady rate of decline, but it added that an accelerating EV market could cause that to happen sooner.

Edward Jones, EV manager, Nissan Motor (GB) Ltd said: “As electric vehicle sales take off, the charging infrastructure is keeping pace and paving the way for convenient all-electric driving. Combine that with constant improvements in our battery performance and we believe the tipping point for mass EV uptake is upon us.

“As with similar breakthrough technologies, the adoption of electric vehicles should follow an ‘S-curve’ of demand. A gradual uptake from early adopters accelerates to a groundswell of consumers buying electric vehicles just as they would any other powertrain.”