Nissan is readying a range of ‘electrified’ SUVs, including a standalone battery-electric model, following strong demand for its second-generation Leaf. 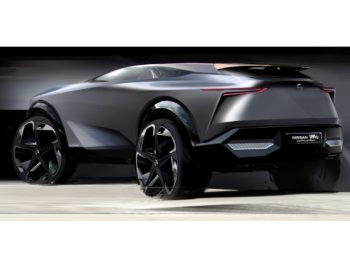 Nissan IMQ concept, due to be unveiled at Geneva next week, hints at plans for an electric SUV

Despite launching in February, the Leaf was Europe’s best-selling electric car last year, with 40,699 units sold across the region. The longer-range e+ version, with a larger-capacity 62kWh battery, sold half of its 6,000-unit allocation within a month.

Ken Ramirez, Nissan Europe’s senior vice president, sales and marketing, said that demand had meant focusing on keeping waiting times down, while production of the 62kWh battery is to be stepped up following “faster-than-expected” sales. However, the 40kWh version is expected to remain the best-seller.

Ramirez said Nissan’s traditionally above-average diesel share is declining ahead of the fuel being phased out of all new model launches, so electrified SUVs are en route. Globally, the Alliance has hybrid and plug-in hybrids available within its product portfolio, as well as the e-Power system – popular in the Note MPV in Japan – driven using an electric motor, with a petrol engine solely as a generator.

However, there are no plans to offer fully-electric versions of cars which otherwise use some form of combustion engine, he said. An electric SUV is due in the near future, and this will be a standalone EV-only model, tapping into a growing trend for high-specced versions of the Leaf.

“If you look at regulation and targets for CAFE [CO2 emissions], then it’s going towards electrification, for sure. We are not number one in the total market, but being number one in EV gives us a disproportionate advantage to play in other technologies. This evolution of regulation is going to happen fast, we don’t see it slowing down. Commitment to electrification has to be the priority,” added Ramirez.