No diesel for Lynk & Co range

Lynk & Co has unveiled its first Plug-in Hybrid Electric Vehicle (PHEV), due in Europe in 2020, as well as plans that will see an electrified vehicle range where diesel plays no part. 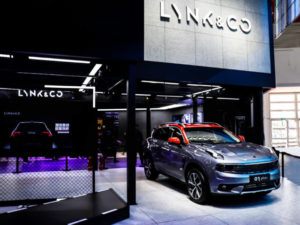 The Lynk & Co 01 will be the first model from the brand to feature a PHEV drivetrain system, which uses Volvo’s Drive-E powertrain, offering 166.2mpg fuel consumption (combined cycle) and a pure electric range in excess of 30 miles, the company confirmed.

Production is to commence in 2019 with sales starting the following year.

Plug-in hybrids will lead Lynk & Co’s plans, followed by hybrid and then battery electric vehicles. The company confirmed it won’t offer diesel engines at all, nor unassisted petrol engines, nor manual transmissions in its European line-up.

Mats Fagerhag, CEO of China Euro Vehicle Technology (CEVT) and vice president of Geely Auto Group, said:
“The new energy plan for Lynk & Co will be implemented in stages with the goal of following PHEV with HEV and then BEV.”

Alain Visser, Lynk & Co’s senior vice president, added: “There will be no diesel, no manual and no ICE Lynk & Co derivatives in Europe. When we commence production in 2019, and sales starting from 2020, in Amsterdam, Barcelona, Berlin, Brussels and London, our range will be all about new energy.”

Pop-up stores will be used instead of traditional dealerships to spread brand awareness, while the sales model mimics that of a mobile phone contract rather than a conventional vehicle sale with online sales only and a subscription model of usership.

Visser added: “From these hubs in key cities we will also launch our pop-up stores offline tours, reaching 95% of Europe’s urban population with a formidable, efficient and connected range of products based on industry leading technologies such as Drive-E and more.”

The company previously announced production for Europe of the Swedish designed and engineered Lynk & Co 01 PHEV will be at Volvo Car Ghent factory in Belgium, where the Volvo XC40 is currently produced, with both cars based on the same Compact Modular Architecture (CMA).

The cars are also packed with technology, including telematics systems, an in-car share button and are internet connected.