Renault has debuted its hybrid Clio and plug-in hybrid Captur at the Brussels Motor Show, ahead of the arrival of a plug-in hybrid version of the Mégane. 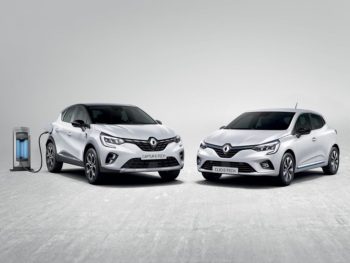 As revealed by Fleet World last summer, the new models feature the inhouse-developed E-Tech system used to provide the Clio with hybrid technology and equipped with a mains charger and larger-capacity for the Captur and Megane PHEV variants; all packaged under the E-Tech branding.

In the case of the Clio, the E-Tech hybrid system has been designed for strong performance – offering acceleration from 50 to 75mph in 6.9 seconds while also offering the ability to travel up to 38mph in all-electric mode. And, it will bring a claimed consumption saving of up to 40%, compared with a non-hybridised internal combustion engine, in the urban cycle.

CO2 emissions are subject to homologation but the expectation is a sub-100g/km figure for the mixed cycle.

In the case of the Captur, the E-Tech PHEV brings an increased battery capacity (9.8kWh) ensuring that it can run at 100% electric for 30 miles (WLTP) with a top speed of 85mph in electric mode.

In mixed cycle, the Captur E-Tech Plug-In is expected to consume 188mpg and emit about 34g/km CO2 (WLTP).

Renault claims the E-Tech powertrain is based on similar foundations to that of the Renault F1 Team’s single-seaters, which use a combustion engine combined with two electric motors and a central battery.

The clutchless gearbox allows for startup in electric mode and significantly reduces gaps in acceleration during gear changes, enhancing driving comfort and performance while accelerating.

The Renault Captur shares its CMF-B platform with the Nissan Juke, leading to speculation that there will be a plug-in hybrid variant of the Juke offered in time.