No new funds were announced by the Chancellor in the Budget 2017 for the “Levy Control Framework”, which funds renewable electricity projects. 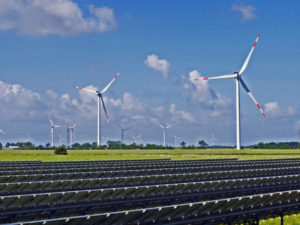 Similarly, long-term forecasts for the Carbon Price were also not offered by the Chancellor, to support recent Clean Growth Plan announcements.

The Renewable Energy Association (REA) commented on the lack of clarification by stating that the “renewable energy industry welcomes the movement to a subsidy-free future” but needs to know how new projects will be brought forward, including less-developed technologies like tidal and waste-to-energy.

In 2016 the National Audit Office estimated that around two thirds 64GW of the UK’s existing electricity generation is set to be retired by 2035, largely nuclear and coal power stations. However, electricity demand is anticipated to increase due in part to the electrification of transport.

In addition, the government has been criticised for offering no clarity around how it intends to support decarbonisation 2020/21, despite the topic having been flagged as one of the government’s top priorities, said the REA.

Commenting on the Budget, James Court, head of policy and external affairs at REA said: “Whilst announcements for electric vehicles are positive, the UK government seem to be turning their back on renewables by announcing no new support for projects post 2020 and a freeze on carbon taxes. This could see a hiatus in much needed infrastructure development. Considering this is coming only a couple of months after the much vaunted Clean Growth Plan, it’s hugely disappointing.

“The Chancellor talked about embracing the future in his speech, yet hid away the details that he was blocking all renewables to market. Onshore wind and solar are already cheaper than new build gas and we have seen huge cost reductions happening in offshore wind, energy from waste and biomass. These are the technologies of the future and the Government should be backing them, not blocking their progress.

“The renewable power and heat sectors are urgently calling for clarity around how the government intends to bring forward new capacity.”

Previous: Budget 2017: ULEV Taxis to be removed from supercar tax category
Next: Budget 2017: What it means for electric vehicles