By Alex Grant / 2 years ago / Features, New Cars / No Comments

Hot on the heels of Audi and Jaguar, Mercedes-Benz’s rival for the growing electric SUV class marks the start of a new era for the world’s oldest carmaker. Alex Grant finds out more. 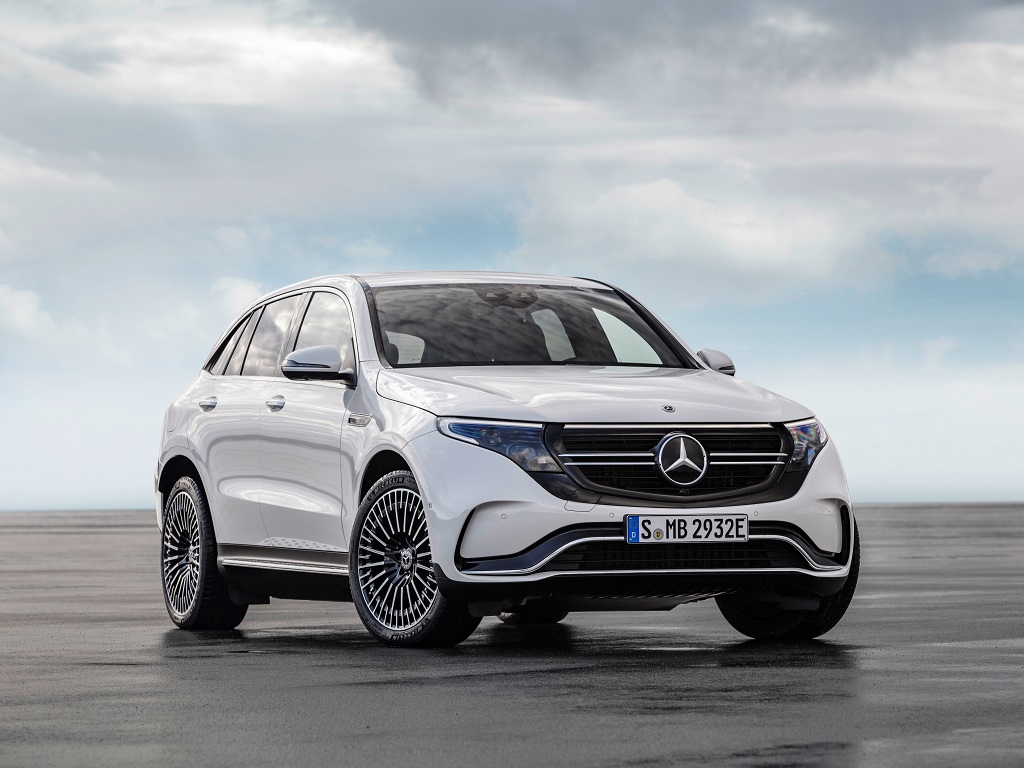 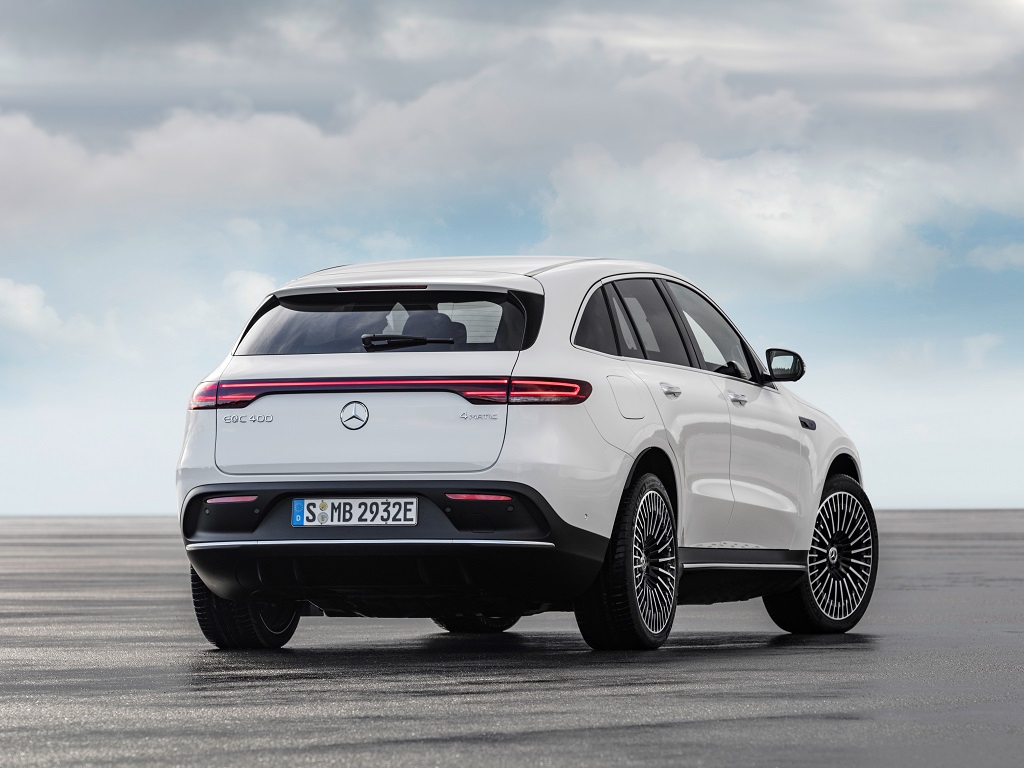 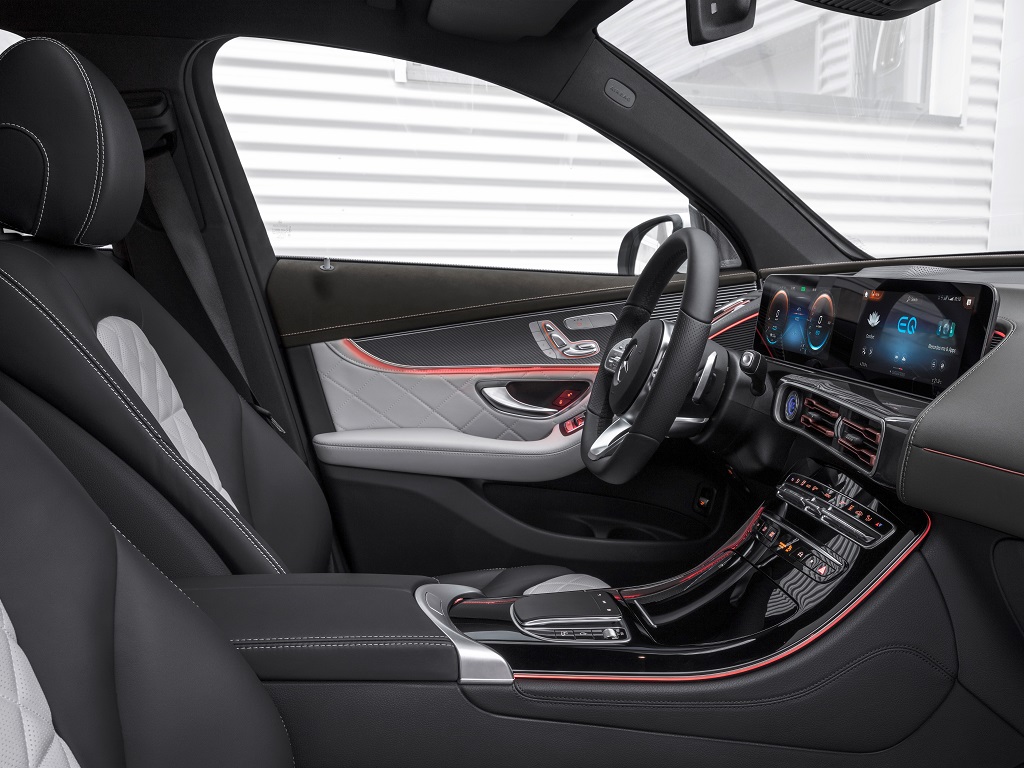 The EQC marks the start of a new sub-brand for Mercedes-Benz, similar to BMW’s ‘i’ line-up, and product plans include SUVs to be built in North America, and a compact model which will be manufactured alongside the A-Class. Production of the EQC will take place alongside the C-Class and GLC in Bremen, Germany, which means the factory will be manufacturing petrol, diesel and hydrogen plug-in hybrids, as well as this fully electric SUV, alongside conventionally-powered models.

But this isn’t just a GLC with an electric drivetrain. The two cars are almost identical in size, and but the EQC features a unique interior and more aerodynamic bodyshell with a closed grille, illuminated to join the headlights together, and deleted roof rails. It will be available in two trim levels, and the AMG Line version is likely to be the bigger seller in the UK, featuring wheels up to 21 inches in diameter.

Tesla’s high-performance electric vehicles have gone a long way to changing consumer expectations of plug-ins, and the EQC follows in a similar vein. It launches as a single-model range, the EQC 400 4Matic, using electric motors at each axle to produce a combined 402bhp and 564lb/ft torque with four-wheel drive traction. That puts it in line with the Jaguar I-Pace, and ahead of the Audi E-Tron.

The front motor is used for efficient low-to-medium speed progress, while the rear wheels are powered up to help with bursts of acceleration, or for extra grip on low-friction surfaces. Variable regenerative braking levels means drivers can switch it off, or have it set so aggressively that there is rarely any need to touch the brake pedal. Despite the EQC’s 2.4-tonne kerb weight, it can sprint to 62mph in 5.1 seconds.

The EQC features an 80kWh lithium-ion battery pack – for reference, that’s twice the capacity of the new Nissan Leaf. It’s produced in-house by Daimler subsidiary, Deutsche Accumotive, and offers a range of around 280 miles under NEDC conditions. This can be topped up at 7.4kW using the AC charger, or at up to 110kW using the CCS DC connector, taking around 40 minutes to get from 10% range to 80%. While final figures have not yet been confirmed, it looks likely that the EQC could comfortably cover 200 miles between 40 minute charging stops, at least once the ultra-fast infrastructure is in place to support it.

That long-distance cruising ability is supported by several other technologies. The car features five driving modes, prioritising range or performance, it can plan routes prioritising the fastest charging stations, and use assistance systems and navigation data to advise drivers when to lift off the throttle and let it coast or use regenerative braking. Mercedes-Benz has its own domestic wallbox, which can be integrated with fleet management systems for monitoring energy usage for topping up at home, and a smartphone app enabling drivers to use multiple public charging networks.

Within a year of the Jaguar I-Pace launching, the premium electric SUV segment has become a hotly contested one. Audi has started production of the E-Tron in Brussels, expect the first UK cars to arrive early in 2019, and the EQC will follow before the summer. It’s a globally important car, though the compact EQA is likely to be the game-changer in Europe. Particularly given Mercedes-Benz has put the right infrastructure in place – including a part in the Ionity charging network – to support it.