Encouraging fleet and retail buyers to move to electric vehicles would be a more cost-effective way to improve air quality than a scrappage scheme, according to an analysis by the RAC Foundation. 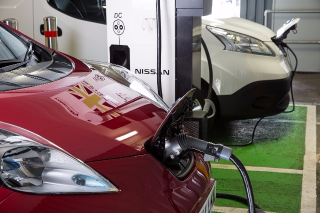 The Foundation’s report suggests a scrappage scheme would have to be much larger than that of 2009 and 2010, which removed 400,000 vehicles from the roads, to have any effect.

Assuming 400,000 of the oldest diesel vehicles – Euro 1, 2 and 3 – were removed from the roads and replaced with fully electric models, the report shows a reduction in NOx emissions of only 5.5% (2,500 tonnes) for the UK’s vehicle parc, based on official figures. This would require an equally split £800m from the Government and vehicle manufacturers.

Even if all 1.9 million Euro 1, 2 and 3 diesel vehicles were removed from the road and replaced with electric cars, the scheme would only cut total NOx emissions by 15.5% according to real-world data, the report added. Meanwhile, if 400,000 diesel vehicles were replaced with Euro 6 equivalents, the scrappage scheme would only cut 1.3% of total NOx emissions based on real-world data (2,000 tonnes).

Steve Gooding, director of the RAC Foundation, said the money could be better spent on infrastructure to support electric cars: “There needs to be a big drive to get more people, and fleet buyers, to commit to ultra-green motoring and that means government subsidies must remain in place to close the price gap that still exists between vehicles powered by alternative fuels and those driven by fossil fuels.

“Already some manufacturers have warned that the still fragile electric car market could be killed off if subsidies are withdrawn too hastily. As the government has itself recognised in its plan for clean air zones, the most pressing issue is what to do about commercial vehicles. A major proportion of the emissions of NOx from road transport come from heavy duty vehicles such as lorries buses and taxis.”