Uber to electrify half its rides in European cities

Uber is teaming up with Renault and Nissan to provide electric vehicles for its drivers, ensuring 50% of its rides will be emission-free by 2025. 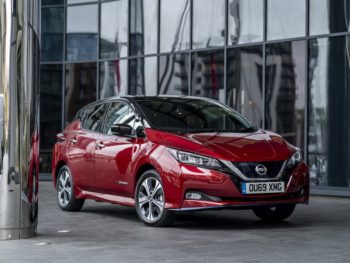 Uber will ensure 50% of its rides in seven European capitals will be emission-free by 2025.

The deal applies across seven European capitals, including the UK as well as Amsterdam, Berlin, Brussels, Lisbon, London, Madrid and Paris, and will also aim to go 100% on EVs in US, Canadian, and European cities by 2030..

The Memorandum of Understanding (MoU) with the carmakers will see Uber offer partner drivers on the Uber App access to Renault and Nissan electric vehicles. This includes the Renault Zoe and Nissan Leaf as well as future EVs from the carmakers.

The agreement furthers existing work between Uber and Nissan. Earlier this year, the two firms signed a deal that will see up to 2,000 Leaf fully electric vehicles deployed in London; part of wider plans for all its drivers in the capital to switch to EVs.

Uber has now said it will extend the UK pilot into France by the end of 2020, with a view to scaling the programme to the Netherlands, Portugal, and other markets.

It will also launch joint marketing and education plans to promote the electric vehicle offers and benefits to Uber’s partner drivers and offer test drives to allow them to experience the cars.

The commitment in Europe will save approximately 500,000 tonnes of carbon dioxide emissions; equivalent to removing the CO2 emissions of 275,000 privately owned cars from the roads.

The move has been welcomed by European eco campaign group Transport & Environment.

William Todts, executive director, said: “People across Europe are sick of pollution and congestion. Shared electric mobility is key to solving these problems. And the right place to start is with high-mileage drivers who’ll benefit first from cheaper-to-run, clean electric vehicles.”

The campaign comes on the back of campaign work late 2019 by eco NGOs including T&E to launch the #TrueCostOfUber campaign asking Uber to get rid of polluting vehicles and electrify its fleet.

In a blog post about Uber’s eco commitments, CEO Dara Khosrowshahi said the company was looking to build on eco wins seen during the lockdown.

“Instead of going back to business as usual, Uber is taking this moment as an opportunity to reduce our environmental impact. It’s our responsibility as the largest mobility platform in the world to more aggressively tackle the challenge of climate change. We want to do our part to build back better and drive a green recovery in our cities,” he outlined.

Uber has committed to become a fully zero-emission platform globally by 2040 and thinks it can meet the same target by 2030 in any major city where it can work with local stakeholders to implement policies that enable a fair transition to EVs for drivers. It’s also committed to reaching net-zero emissions from its corporate operations by 2030. The goals would put it a decade ahead of Paris Climate Agreement targets.