BMW car sharing scheme to more than double i3 fleet

The DriveNow car sharing scheme from BMW is advancing its electric ambitions by adding a further 80 BMW i3s to its London fleet. 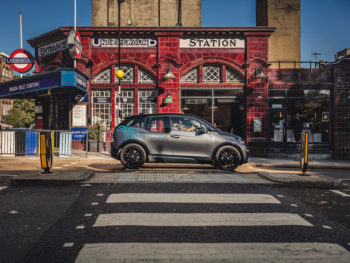 DriveNow is adding an extra 410 BMW and MINI cars across the capital, including 80 additional BMW i3s from January

The electric vehicles, which come on board in January, join the existing 50 i3s, adding further emphasis to DriveNow’s ambition to have an 80% all-electric club by 2025.

The vehicles are part of an extra 410 BMW and Mini models – also including conventional petrol and diesel models – to join the scheme, more than doubling the fleet to a total of 720 vehicles.

It comes as the scheme expands into five new London boroughs – Westminster, Barnet, Tower Hamlets, Southwark and Brent – making London the largest operating city for the company. Now available in nine boroughs in total across the capital, the expanded scheme can be used from customers from Finchley to Dulwich and Queens Park to Canary Wharf.

James Taylor, Managing Director for DriveNow UK commented: “We’ve worked very closely with each of the boroughs throughout this process to make this a reality. We hope that car sharing, alongside other sustainable transport options such as walking, cycling and public transport, will continue to be embraced by Londoners to help reduce congestion and pollution and build a more liveable city.”

All new UK customers who join from 2 November will, for a limited period, receive complimentary registration, as well as an initial £20 driving credit to get on the road. For more details, click here.