EVs greener than ever due to carbon cuts at grid

The carbon impact of electric vehicles has dramatically reduced as renewable sources of energy replace coal on the power system, new research finds. 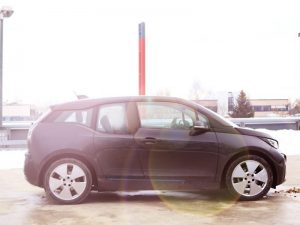 EVs greener than ever due to carbon cuts at grid

The latest Electric Insights report, produced by researchers at Imperial College London in collaboration with power station operator Drax, finds that year-round average emissions from EVs have fallen by half in the last five years thanks to greener electricity generation from sources such as wind turbines.

As an example, charging a Tesla Model S would have created 124g of carbon per km driven in 2012 – roughly the same as a 2-litre Range Rover Evoque according to the firm. This has now fallen to 74g per km driven in winter and 41g per km in summer.

Dr Iain Stafell, lecturer in sustainable energy at Imperial College and author of the report, added that smaller electric cars like the Nissan Leaf and BMW i3 can be charged for less than half the CO2 of the Toyota Prius hybrid.