Almost half of all cars registered in Norway in the first six months of this year were hybrid or electric models, with plug-ins outpacing petrol or diesel sales for the first time. 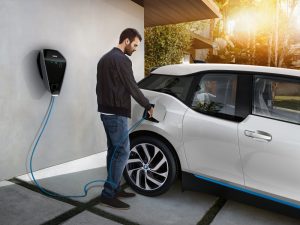 More than a third of new cars in Norway are mains-rechargeable.

According to the latest statistics from Norwegian road interest group, Opplysningsrådet for Veitrafikken AS (OFV), 48.1% of the 77,983 passenger cars registered were hybrid, electric or hydrogen fuel cell models; some 37,523 units.

Significantly, more than a third (34.9%, 27,183) of all passenger cars registered in Norway so far this year are fully electric or plug-in hybrids. That compares to 25.8% and 26.1% shares for conventional diesel and petrol vehicles, and 13.2% for hybrids which can’t be mains-recharged.

Average CO2 emissions for new cars in June 2017 was 78g/km, down from 96g/km a year ago, and in a market enjoying its best month for registrations in 30 years, the OFV said.

Previous: £20m boost for Vehicle-to-Grid technology
Next: Audi A8 plug-in hybrid due in 2018