Around 230 charging points are to go live in Nottingham, Nottinghamshire and Derby as Nottingham City Council drives its Go Ultra Low City status. 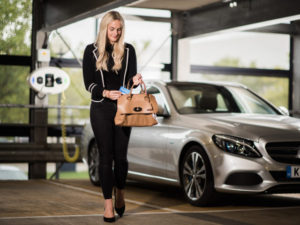 Around 230 charging points are to go live in Nottingham

The £2m contract awarded to Chargemaster will see the charging points deployed over the next three years, with at least 11 sites to be installed in Nottingham within six months including at park-and-ride sites close to major routes.

The sites will be integrated with Chargemaster’s Polar network, with discounted rates available to businesses and individuals within Nottinghamshire and Derbyshire.

Councillor Sally Longford, Nottingham City Council’s portfolio holder for neighbourhood services and local transport, said: “A lack of charging infrastructure is often cited as one of the main barriers for people looking to buy an electric vehicle, and this project will go a long way to making it easier for motorists to drive around Nottingham, Nottinghamshire and Derby.”

Chargemaster has already been involved in several schemes in other parts of the country, including winning a £2.3m contract at the end of 2016 to provide additional charging infrastructure under the Go Ultra Low Cities programme for Milton Keynes.