Demand for plug-in hybrids (PHEVs) is showing signs of slowdown after the Government axed the plug-in car grant for these vehicles in October. 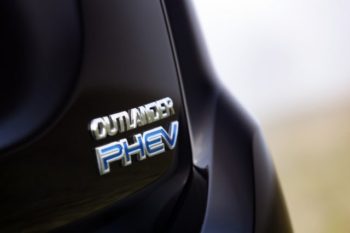 So says the Society of Motor Manufacturers and Traders (SMMT) as it publishes new car registration figures for 2018, which show that registrations of plug-in cars reached record levels last year but demand for PHEVs showed signs of waning.

Although petrol registrations last year rose 8.7% compared to a 29.6% downturn in diesel  registrations, the highest percentage growth was seen for alternatively fuelled vehicles, which rose 20.9%.

Further analysis of the AFV sector shows petrol electric hybrids remained the most popular choice, up 21.3% to 81,156 units while pure electric cars grew 13.8% in the year but still make up only 0.7% of the market.

And while plug-in hybrids (PHEVs) also recorded a strong uplift (up 24.9%) over the year, the SMMT said the figures suggest growth is slowing following the removal of the Government’s plug-in car grant for these vehicles in October.

The Plug-in Car Grant for PHEVs was effectively axed in October as part of a reformed system focused on increasing uptake of electric and hydrogen fuel cell vehicles that also saw the grant for EVs reduced from £4,500 to £3,500. Although the changes were initially meant to take place from 9 November, the DfT brought forward the start date to 22 October after a massive spike in sales.

Now, the SMMT data shows demand for PHEVs grew almost 30% in the first 10 months, but year-on-year increases fell to 3.1% and 8.7% in November and December respectively.

The changes to the Plug-in Car Grants have already earned widespread criticism from across the fleet industry, including from ACFO chairman John Pryor who said they were “quite frankly bonkers” while SMMT chief executive Mike Hawes labelled them “baffling”. Mitsubishi meanwhile said the move was “completely at odds with the Government’s stated objective of making the UK a world leader in green mobility in the future”.

Now, the SMMT has called for more support across the fuel spectrum as its data shows UK new car fleet average CO2 rose for a second successive year, by 2.9% to 124.5g/km. This is despite increased developments in model efficiency, with the average new or updated model emitting 8.3% less CO2 than its predecessor.

Commenting on the rise in CO2, the SMMT’s Mike Hawes said: “The industry is facing ever-tougher environmental targets against a backdrop of political and economic uncertainty that is weakening demand so these figures should act as a wake-up call for policy makers. Supportive, not punitive measures are needed to grow sales, because replacing older cars with new technologies, whether diesel, petrol, hybrid or plug-in, is good for the environment, the consumer, the industry and the exchequer.”