Southampton City Council has deployed six Nissan e-NV200 vans as part of its plans to convert 20% of its fleet to electric vehicles by 2020. 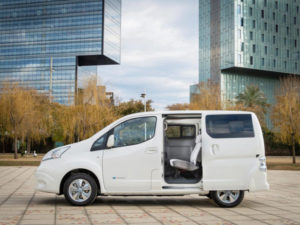 The vehicles – which mark the first EVs on the fleet – will replace existing diesel vans and will cost 97% less to ‘fuel’ along with a significant reduction in maintenance costs.

The electric vans will be driven by staff following induction courses and their experiences will be used to make a film for internal use to help reassure other staff over the switch from diesel to electric.

Councillor Christopher Hammond, Cabinet Member for Sustainable Living, said: “The arrival of our first electric vehicles shows how seriously the council are taking the issue of air quality and the associated health implications. Electric vehicles could save an estimated 400 tonnes of carbon emissions, helping the environment and delivering cleaner air for everyone in Southampton.”