Still a large gap between drivers’ eco actions and intentions

The majority of drivers would like to select an alternatively fuel vehicle (AFV) for their next company car but are being put off by a range of factors, from vehicle supply to ongoing myths over the UK’s supposed lack of charging infrastructure. 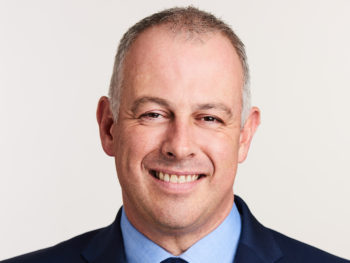 That’s the result of new research carried out by fleet management company CLM, which says the fleet industry needs to work harder on helping drivers to make the switch.

Taken from an online survey of more than 1,300 company car drivers between March and August 2019, the CLM research shows over half (60%) of company car drivers are more likely to select an alternative fuel vehicle (AFV) for their next company car than a traditional petrol or electric vehicle.

That’s despite Society of Motor Manufacturers and Traders (SMMT) registration data showing that actual take-up of AFVs accounted for less than 6.2% of total registrations for the first seven months of the year.

According to Andy Short, CLM commercial director, the results show strong intentions by drivers to go greener, including making the most of the tax savings on offer as well as other incentives.

He added: “Reductions in delivery times, falling prices and more robust residual values are making AFVs a more compelling option for both employers and employees. In fact, more than half of the company car drivers in our survey stated that the key factor influencing the timing of taking an AFV was simply the end of their current vehicle contract.”

However, there is still a range of issues that are maintaining the gap between intention and action when it comes to choosing an AFV.

Short stated: “From an employer’s perspective, list prices for AFVs remain higher than their ICE equivalents and, while residual values have been improving, they are not strong enough to bring headline rentals in line with those of traditional vehicles, particularly with the low levels of manufacturer support currently available.

“This puts pressure on car policies, as fleet decision-makers attempt to improve availability of AFVs within the restrictions of seniority-based monthly rental bands. That’s why we’re only seeing plug-in hybrids available on around 60% of choice lists and BEVs on around 40%.”

In a separate piece of research, CLM found that over 50% of drivers believe that using an AFV day-to-day is less convenient than using a petrol or diesel car.

Short added: “From the driver’s side, while there are significant tax incentives for selecting EVs in particular, there still appears to be a gap in knowledge regarding how well these vehicles perform as daily drivers. This probably explains why only 19% of respondents stated that they would be most likely to select a BEV, while plug-in hybrids were favoured by 31% and the remaining 50% preferred a non-plug-in hybrid.”

The same research indicated that these factors sit alongside ongoing concerns over the availability of charging infrastructure, with more drivers citing this as the key disadvantage of AFVs than any other factor. That’s despite recent research by Nissan indicating there are now almost 1,000 more public places to charge EVs than there are fuel stations in the UK – 9,300 EV charging locations compared to 8,400 fuel stations.

And while it’s generally acknowledged that AFV availability and delivery times have improved in recent months, there are other supply-side issues that could be coming in to play to reduce take-up.

Short added: “Improvements in vehicle lead-times have been welcomed, but the current perception of lack of vehicle choice is being exacerbated to some extent by promotion of the much wider choice that’s just around the corner. There are already some fantastic AFV options available and the fleet industry needs to do more to promote these to drivers.”