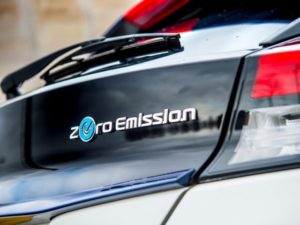 Company car tax can be a valuable incentive to choose electric vehicles.

That’s the finding of a new progress report from the Committee for Climate Change, which calls for work to set more exacting new car and van CO2 targets and drive electric vehicle take-up – including looking at bringing forward the 2040 targets to stop selling new conventional petrol and diesel-fuelled vehicles in the UK.

Pointing to mounting scientific evidence of a changing climate, the report says that as emissions in other sectors have reduced, transport has grown as a share of overall emissions. Transport is now the largest-emitting sector of the UK economy and accounted for 28% of UK greenhouse gas (GHG) emissions in 2017.

The report also sets out that significant risks to meeting the fourth and fifth carbon budgets remain and outlines measures that would help enable them to be met. This includes driving ULEV registrations to account for 60% of new car sales in 2030, potentially enabling the sale of petrol and diesel cars and vans to cease by 2035 – five years ahead of current government targets. As such, the report sets out the Government should set out a new policy strengthening the incentives on buying electric vehicles before the end of the year – one of a number of critical commitments it expects the Government to deliver by the time the CCC issues its next progress report to Parliament in June 2019 – and says that revisions to both company car tax and VED would help drive ULEV take-up. This would also help counter the rise in new car CO2 emissions in 2017, which increased 0.8g/km to 121.1g/km in line with increased uptake of SUVs as well as petrol vehicles.

Other measures required to meet the carbon budgets, according to the report, include:

Setting out a regulatory approach to new car and van CO2 targets in 2020/21 in the context of an exit from the European Union, including punitive penalties for manufacturers who do not comply.

Announcing more stretching proposals than the current EU new car and van CO2 targets for 2025 and 2030 and reinforcing those targets with a real driving emissions tests or monitoring of fuel consumption meters. The report adds that the current EU proposals are not ambitious enough given the high level of ambition for ULEV sales in the UK.

Ensuring adequate charging infrastructure for EVs, with a focus on future-proofing new homes and improving charging provision on-street and in workplaces.

Considering the connection of chargers to the grid, and whether there needs to be additional incentives or legislation to ensure ease of access by chargepoint providers

Although the publication of the Government’s ‘Road to Zero’ zero emissions road transport strategy – which will set out a plan to 2050 to reduce emissions from transport – was initially scheduled for March 2018, this has been delayed and not factored into the report.

Commenting on the report, James Court, head of policy and external affairs at the Renewable Energy Association, said: “With reports emerging that taking action on electric vehicles and charge infrastructure is good for the economy, and with the Committee on Climate Change highlighting that we need to do more to meet our carbon commitments, it’s clear that there is more the Government needs to be doing to position the UK as a transport leader.

“Building a viable charging network is crucial to encouraging EV uptake and, in turn, to achieving our Industrial Strategy goals of being a global leader in battery manufacturing. This means upgrading wiring in new homes, giving tenants greater power to install charge points, and expediting the process of developing charging hubs along the motorway.”

Previous: Nottingham fleets get added support with switch to ULEVs
Next: Ultra-low emission vehicles… Time to get on board?