Electric Highway network to include fuel forecourts from 2018 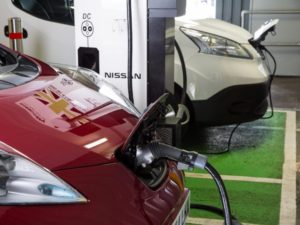 The Electric Highway will extend to London-based fuel forecourts during 2018.

Working with forecourt operator, Motor Fuel Group (MFG), the network will include Shell, BP and Texaco-branded sites, with the new locations set to go live in the first half of 2018, the company said. Founded in 2011, to date, the network has focused on installing rapid chargers at motorway service stations and branches of Ikea.

Dale Vince, founder of Ecotricity and the Electric Highway, said: “Having established the network on motorways where it was needed most, we are now moving into the major towns and cities on petrol station forecourts. The day is coming where charging an electric vehicle will be no different to what we’ve come to expect – just popping to a forecourt to refuel.”