Vauxhall has opened order books for the new Mokka crossover and the electric Mokka-e version. 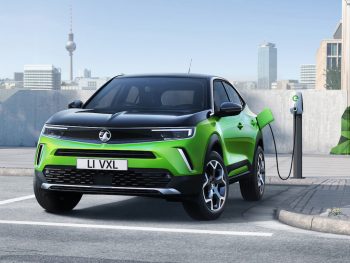 The sister model to the 2008, the Mokka is built on PSA’s Common Modular Platform (CMP), enabling it offer an all-electric powertrain – as the Mokka-e – or petrol and diesel engines. The second-generation model has also been significantly revamped with bold new styling, including the debut of Vauxhall’s Vizor front-end, and is up to 120kg lighter than the outgoing model.

Priced from £30,840 (incl. PiCG), the Mokka-e features a 136hp electric motor offering 260Nm of torque and giving a 201-mile official range. It’s powered by a 50kWh lithium-ion battery guaranteed by an eight-year/100,000-mile warranty and supporting up to 100kW rapid DC charging, with a 0-80% charge taking 30 minutes. It also comes with a standard 11kW on-board charger.

Customer deliveries are set to begin in April 2021.